0 shares
About a month ago I took a trip down to Greenwich Village, home of my alma mater, New York University.  And while I was busy gawking at all the buildings my daughter had a chance to take some actual photos which I’d like to share with you today.

Because truth be told she is the better photographer in the house!  And she is showing us some interesting things to see in New York’s Greenwich Village. 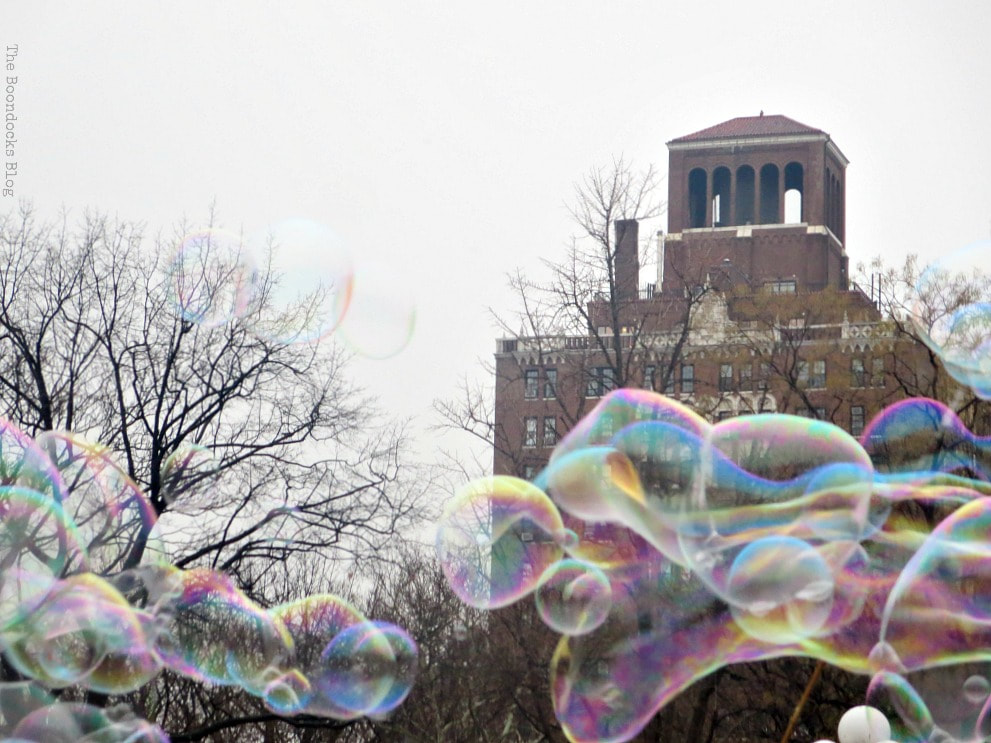 As we were walking down Broadway we passed the famous Grace Church which can actually look downright spooky with its French Gothic Revival architecture, before the spring bloom. You would not think this is located right smack in the middle of Manhattan.
​ 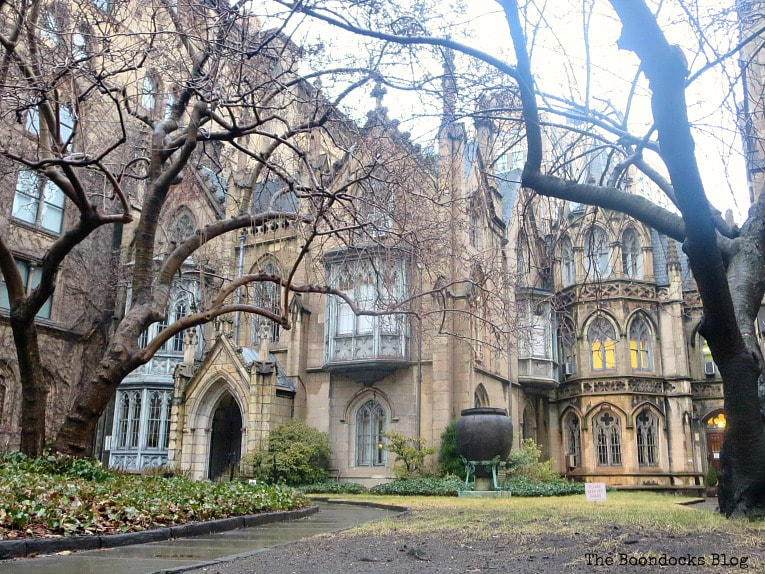 With doors like this no wonder it’s a National Historic Landmark.
​ 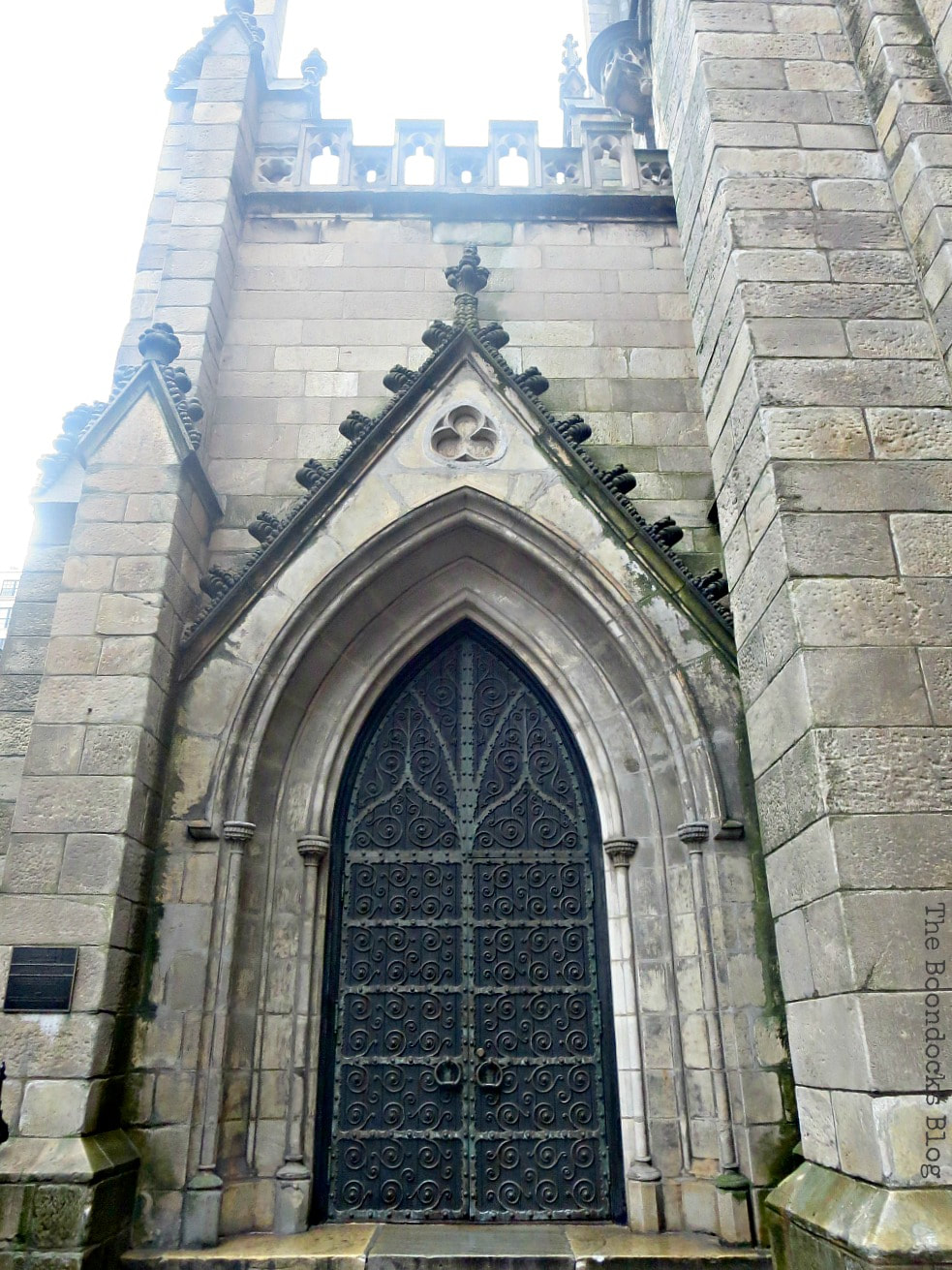 A bit further down we come across my personal favorite, the Great Hall at the Cooper Union.  It is a word famous school for Art, Architecture and Engineering, and the building is pretty impressive to look at too. Having been built 1859, it had an elevator shaft before the invention of elevators. In 1860, Abraham Lincoln gave a historical speech in this magnificent hall.

Up until 2014 it provided free tuition to all its students.  It is also a National Historic Landmark. 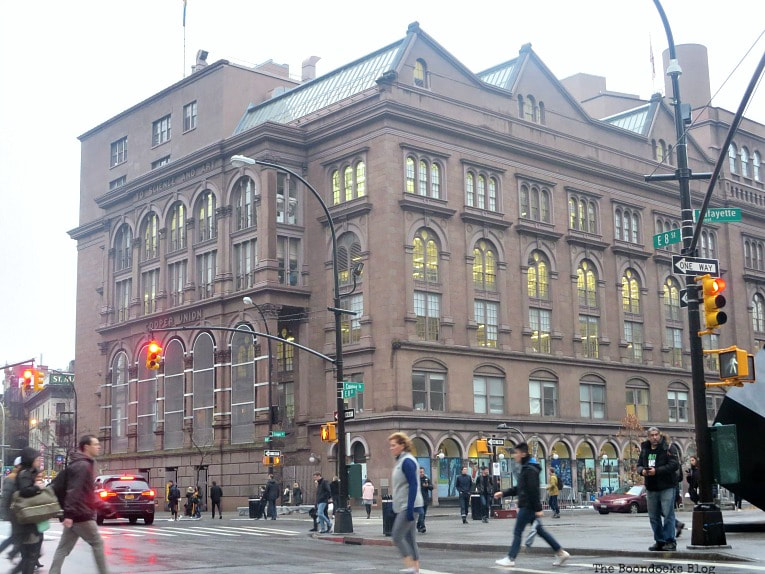 Across the street from Cooper Union is this undulating building known as the Astor Place named for the area.  It is a residential building and way out of my price range.

​This building is located at West 4th and Broadway, 693 Broadway is its official address and it is known as the Merchants Building.  From what I see there were many buildings on Broadway built this way with lots of ornate sculptures.  In this case we have owls and lions. You can see them a bit better on the bottom. The striking blue cornice is a recent addition to help with the drainage of the building.

Technically speaking this area is known as NoHo.  In other words, North of Houston Street.  There is also a “SoHo” but we did not venture that far. Both of these neighborhoods are National Landmarks and have many historic buildings.
​

ashington Square Park is the heart of Greenwich Village and of the New York University Campus.  I use that term loosely because in fact, NYU has an open campus with buildings all over New York city.

The Park is a meeting place for students and folks who want to share their creativity, such as this fellow who was blowing giant bubbles in the middle of the park on that cold and rainy spring day, with NYU’s Lipton Hall Dormitory in the background.
​ 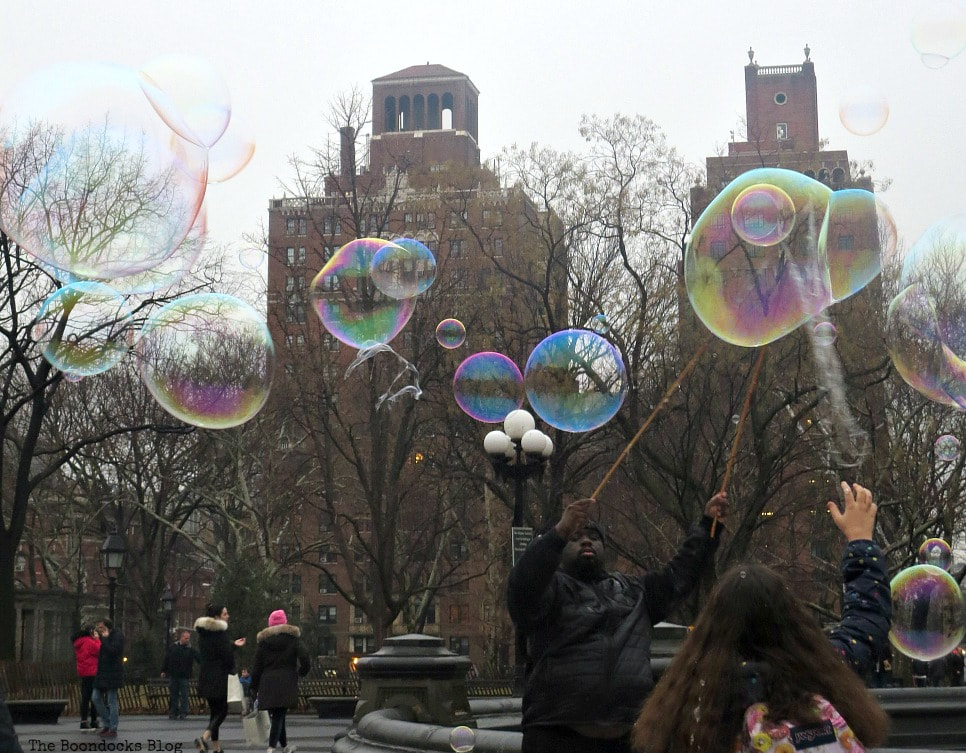 ​This doorway is located across the North side of the park and is one of many early 19th century row houses that were built in the Greek Revival style.  Washington Square North is now owned by NYU.
​

​Behind the row houses sits the Washington Mews.  It had once been the staples for the row houses in the area.  But in between the two, there is a courtyard and it is here that we found this treasure.  A statue of Miguel Cervantes the famous Spanish writer and painter.
​ 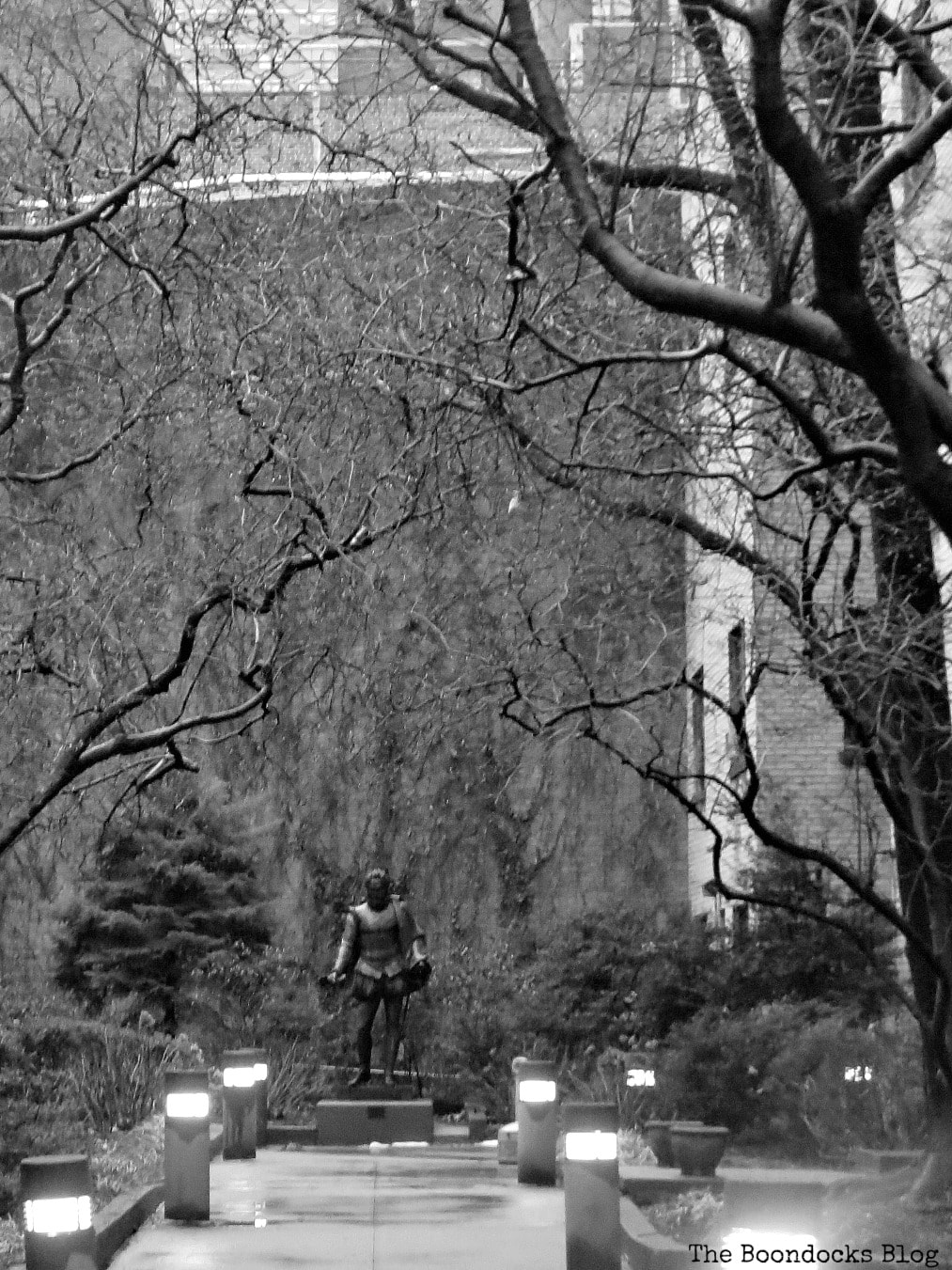 And looking North we see the famous Washington Square Arch, which celebrates the centennial of George Washington’s Inauguration in 1789.  It is also where Fifth Avenue terminates.
​
The row houses are to the right of the arch.
​ 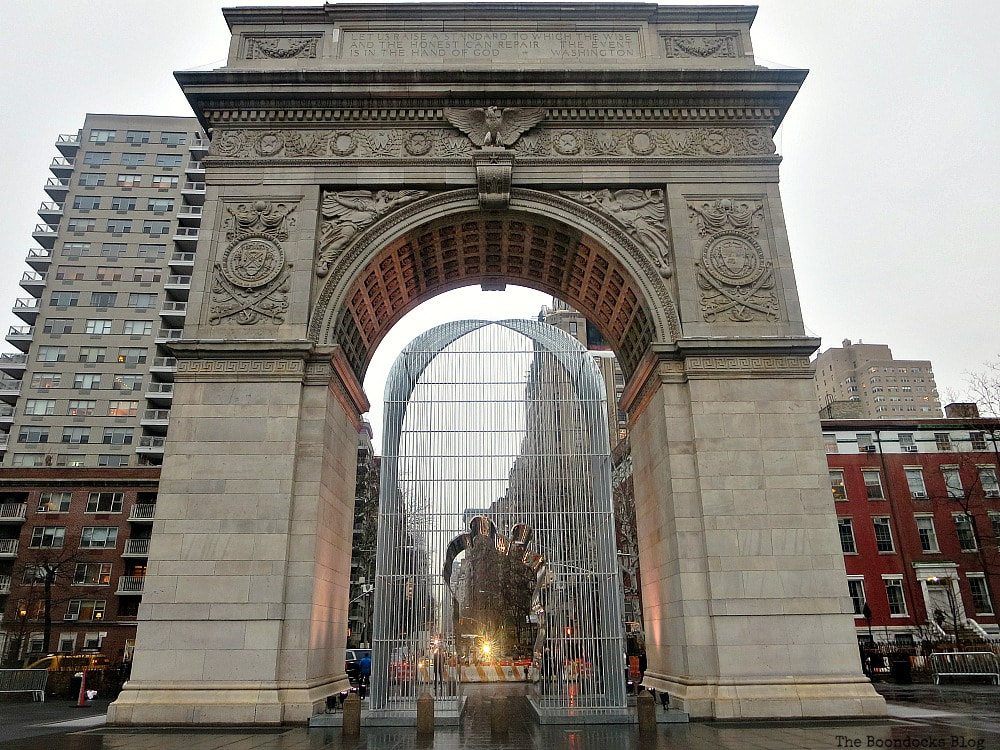 ​This shot was taken when there was construction on Fifth Avenue.  We are standing under the Arch and looking up north at Fifth Avenue.
​ 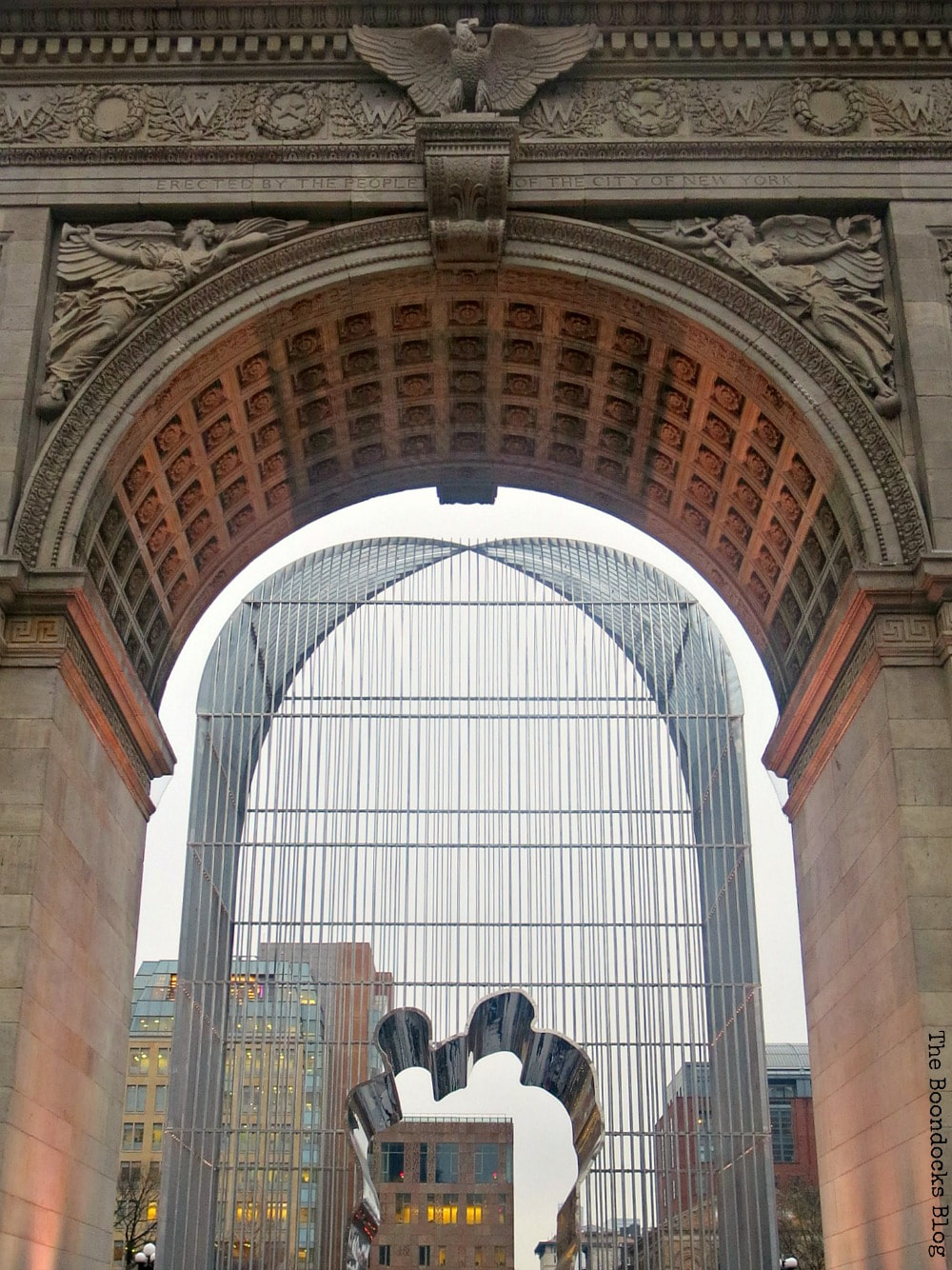 ​Disclosure: The items below are affiliate links. If you purchase any of these products through the links, I receive a small commission, that way I can continue to provide you with lovely content.  There is no extra charge to you for purchasing through my affiliate links.


​Two statues of George Washington are located on the North side of the arch.  The one below is Washington at War.
​

And Washington at Peace, both of which were added in 1918. 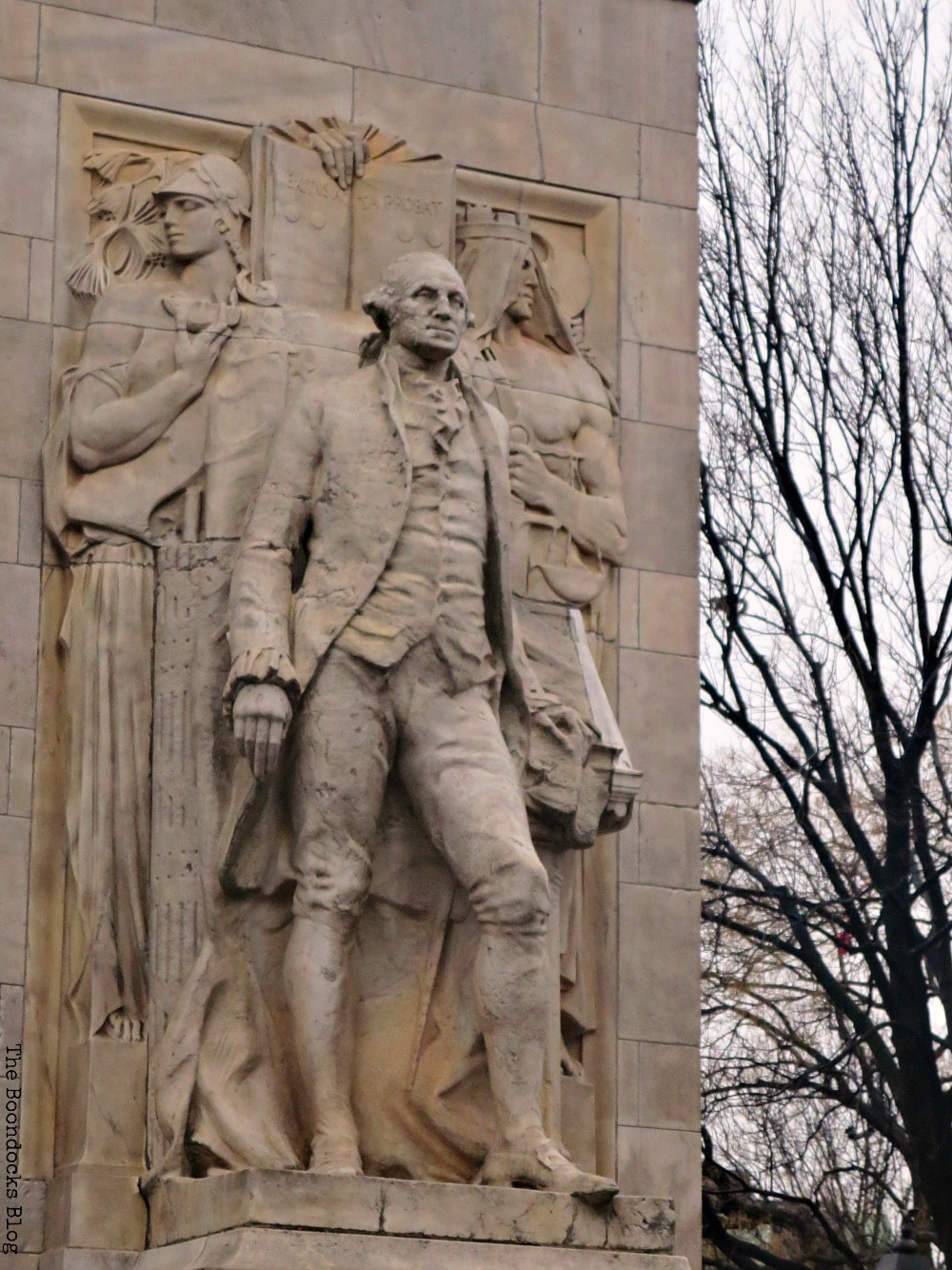 The statues flank a contemporary exhibition called “Good Fences make Good Neighbors” by Chinese artist Ai Weiwei.  It is a 37-foot steel cage with a reflective amoeba-shaped passageway which we walked through.
​​ 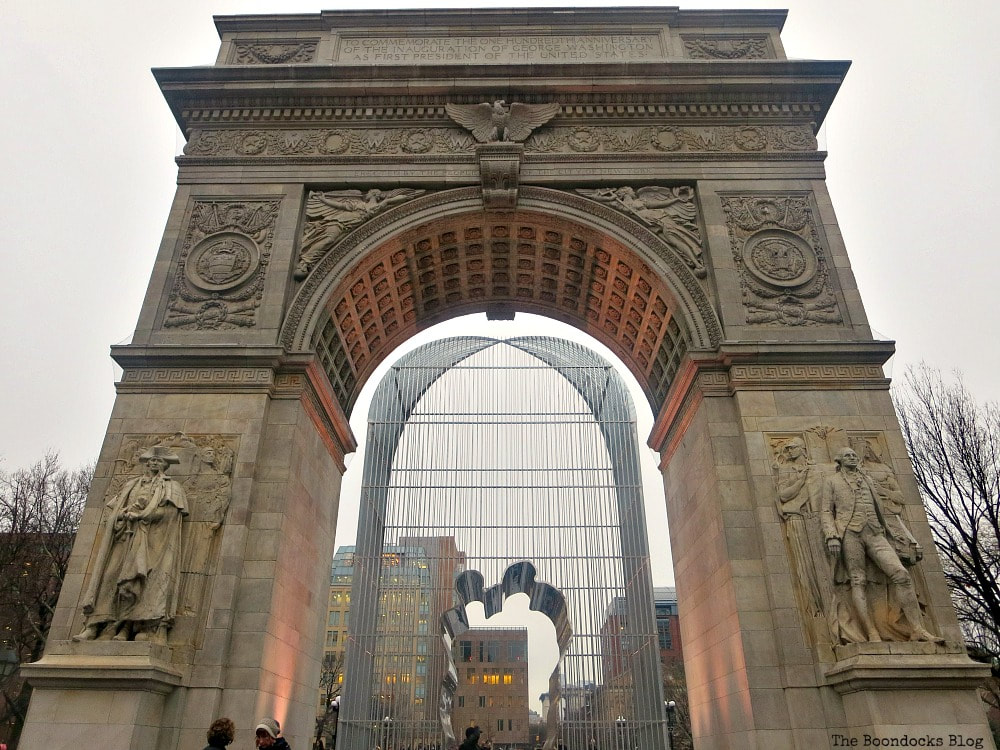 I’m including a video of the citywide exhibition here.   And a link to the artist here.
​ 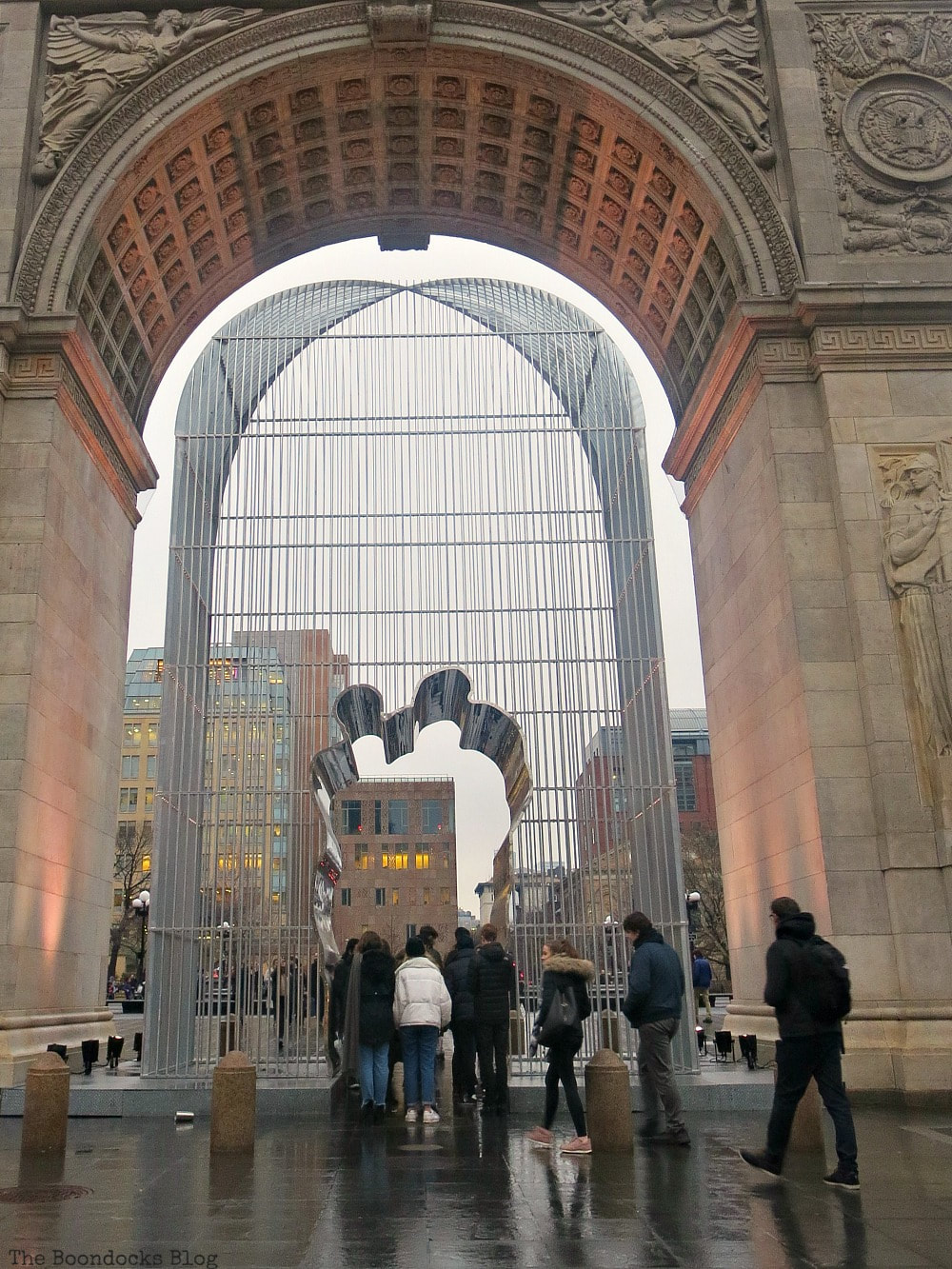 It was a rainy day when we took our walk down to the park, but that didn’t stop my daughter from taking all these great photos.  She definitely has an eye for these interesting things to see in Greenwich Village.

You can also see more of my photography at the photo gallery here. 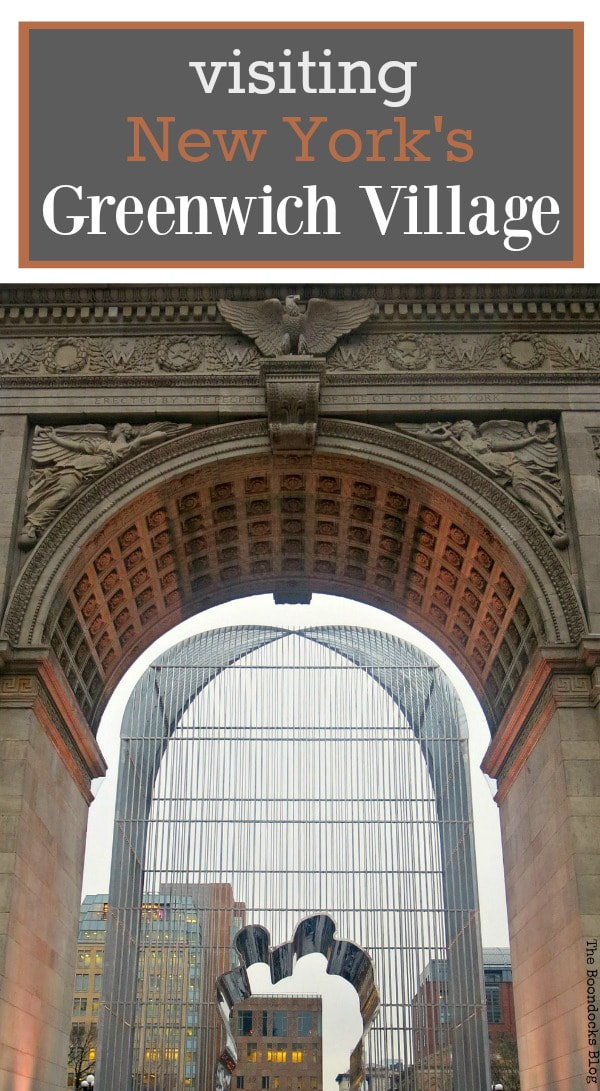 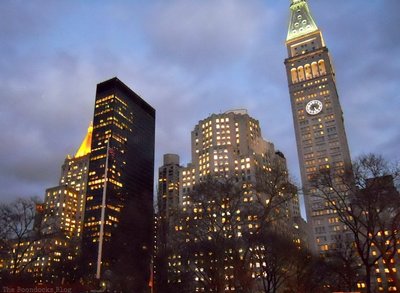 What a fabulous tour of Greenwich village. The architecture on the Gothic Revival style church is awesome!

I do so enjoy these virtual photography tours of yours Mary. You always get to see so much more of the real city in the photos. Love that sculpture, so fascinating and the beautiful Gothic church. OMW, just imagine living in a house that looks like that. I would love to

We usually walk around and just snap the silliest things. I have an obsession with light and shade and will take dozens of photos of the way the light hits a building. Then when I get home I realize it was some famous building Thank goodness for google maps! Haha!

Thanks for giving us this tour. I want to go to NY so badly!!!!

Deborah I hope you make it one day and then I can meet you in person.

Excellent photos. The buildings are so beautiful and this photo trip is gorgeous. Thank you Mary for sharing with us all this beauty :) PS: Your daughter's photography skills are beyond perfect!!!

Thank you so much Christina. I will let Ina know what you said.

You two covered a lot of ground in one day, and you got some lovely shots!

Doreen I used to be down there every day. Things have really changed a lot since my college days.