0 shares
Last month due to my Easter break I didn’t share my monthly photo essay with you.  But I’m back again this month and hopefully I will more than make up for it with this collection of photos of an old Greek mansion that is located in the center of town.

I happened to be walking by one evening with my daughter and she suggested we go in. To say that I was pleasantly surprised is an understatement.

​I’ve included a video at the end of the post that shows areas that I was not able to get to. 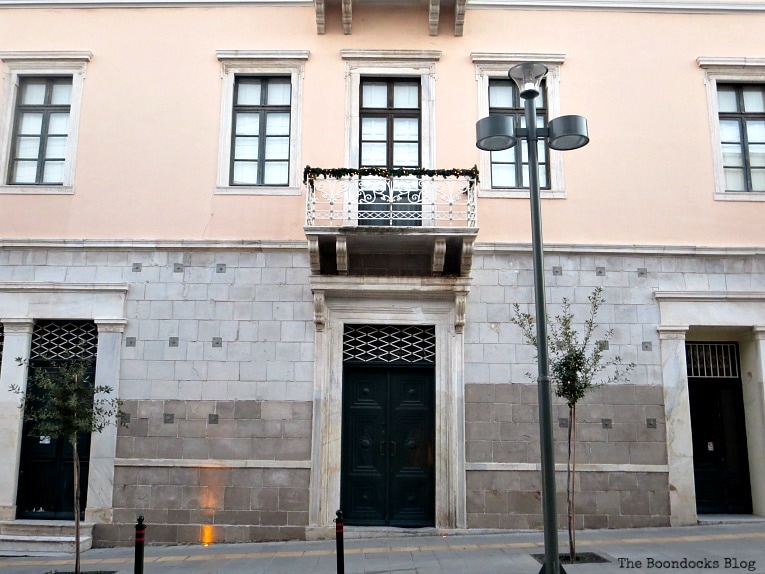 It is the Panagiotopoulos Mansion, a large three story neoclassical building. It was built between 1856-1860 by the architect Panagiotis Kalkos for the family of a goldsmith.  He was a very wealthy man and considered the Onassis of his time.  The Mansion was named after him.  It fell into disrepair in the early 1980’s when the last of the family died, and was eventually taken over by the Municipality.

In 1995 due to a catastrophic earthquake it was heavily damaged.  However it has since been repaired and has been preserved as a work of art.

The evening we visited it was being used as a photo gallery.  Since its restoration a few years ago it has become a part of the cultural buildings of the town.
​ 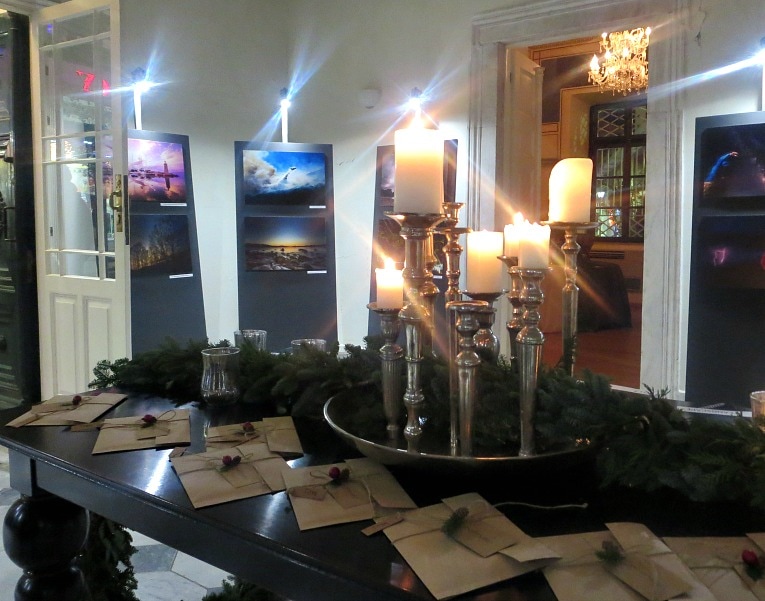 There are Pompeian style frescoes on the ceilings.  Much of the original artwork was done by Italian artists who were living in Patra at the time.
​ 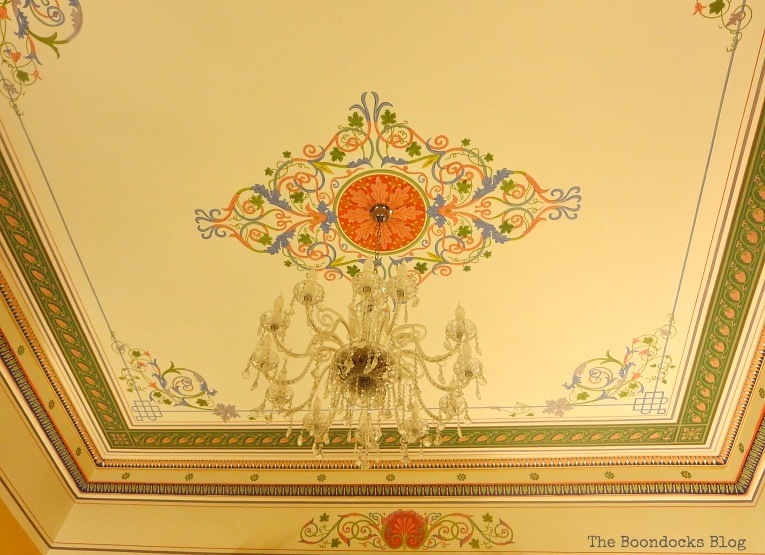 The building is constructed with masonry and wood. Below is the ceiling on the staircase. 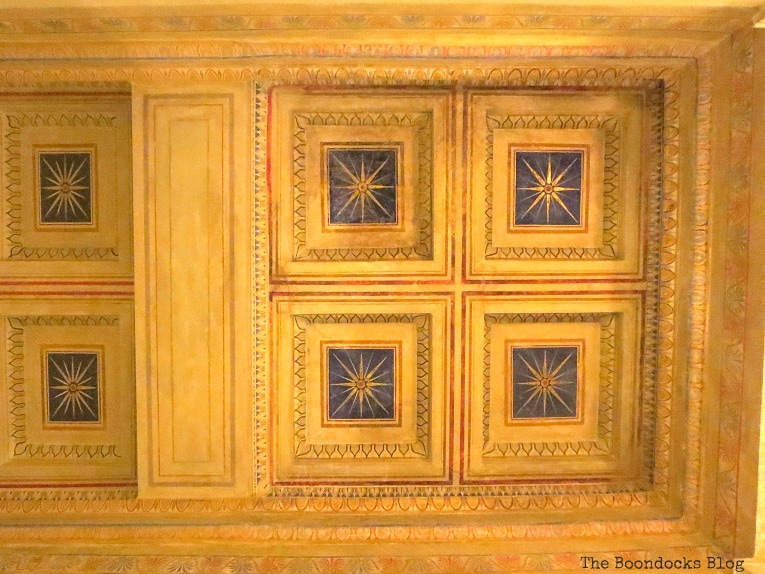 Intricate stair rails. The stairs are made of marble
​ 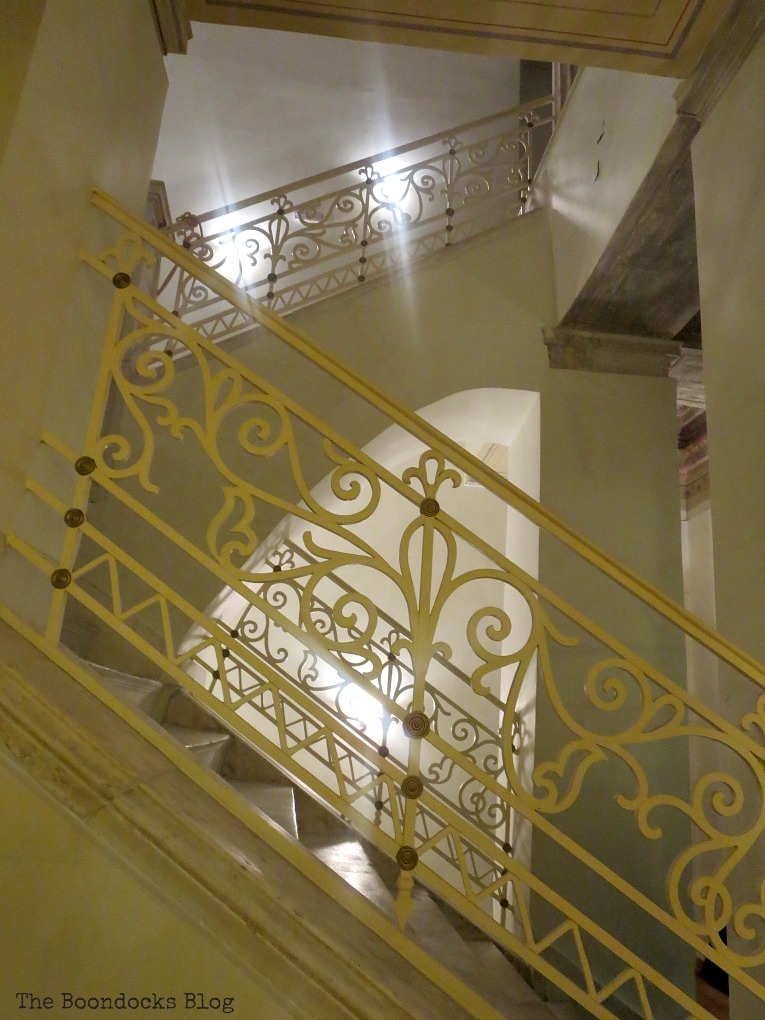 The ceiling of one of the staircases.  It looks as if someone painted twinkling stars on the ceiling. 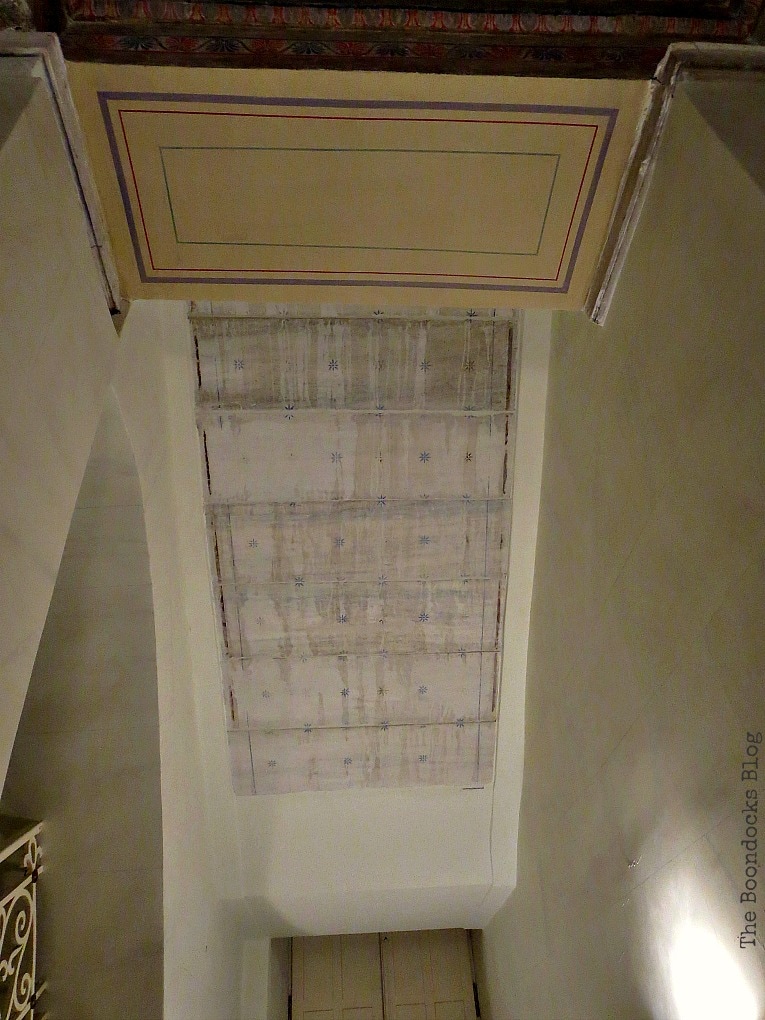 The ceiling of a hallway.
​ 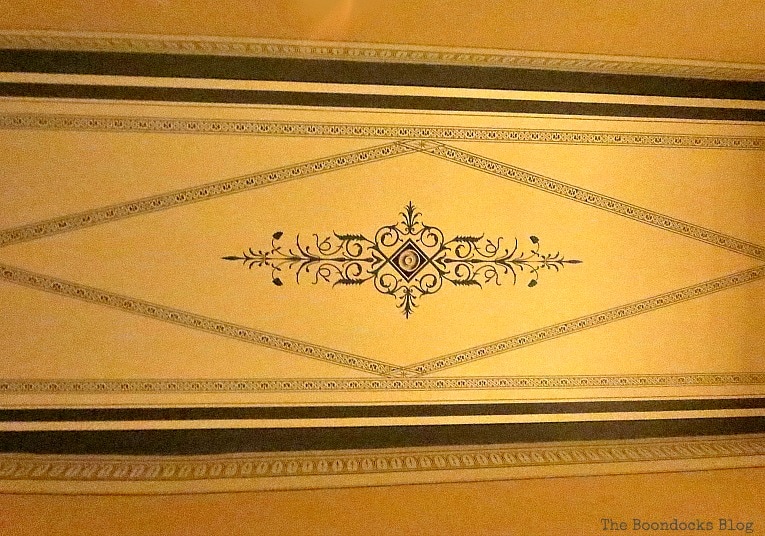 Ionic columns on the stairwell.
​ 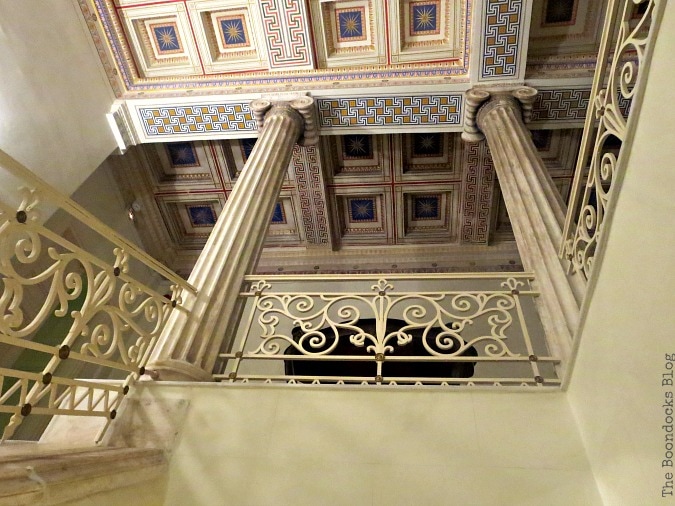 At the time of the construction Baroque was in but the owners at the time chose to go with the neoclassical style.
​ 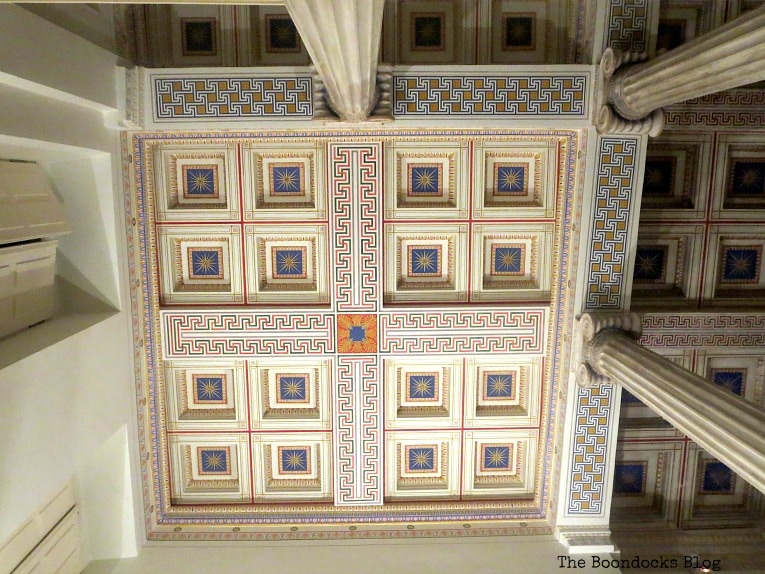 A fresco in one of the salons.
​ 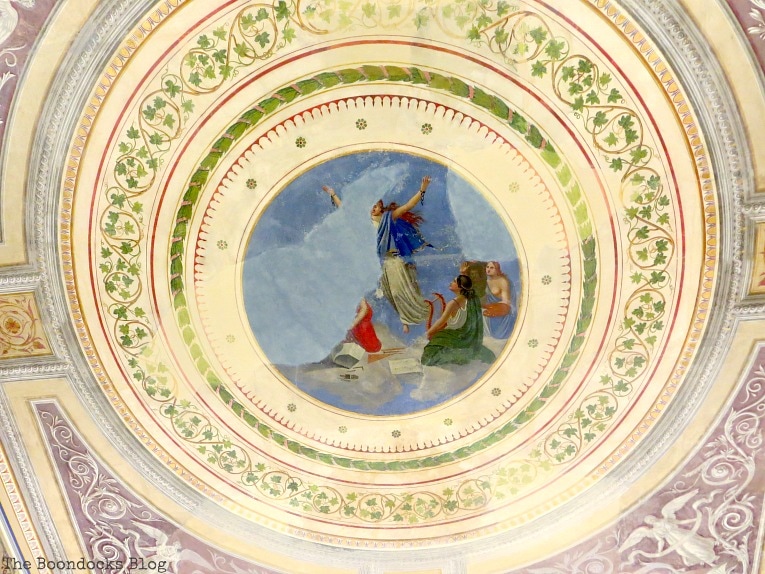 A detail of the corner.
​ 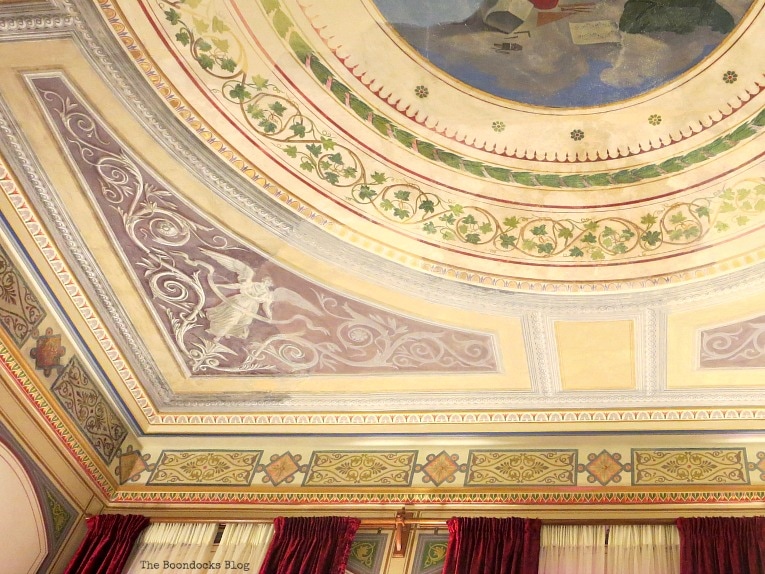 The building fell into disrepair when the last owner died in 1982.  It was looted after and much of the original furnishings were removed.

However the building was taken over by the Municipality and has since been restored.
​ 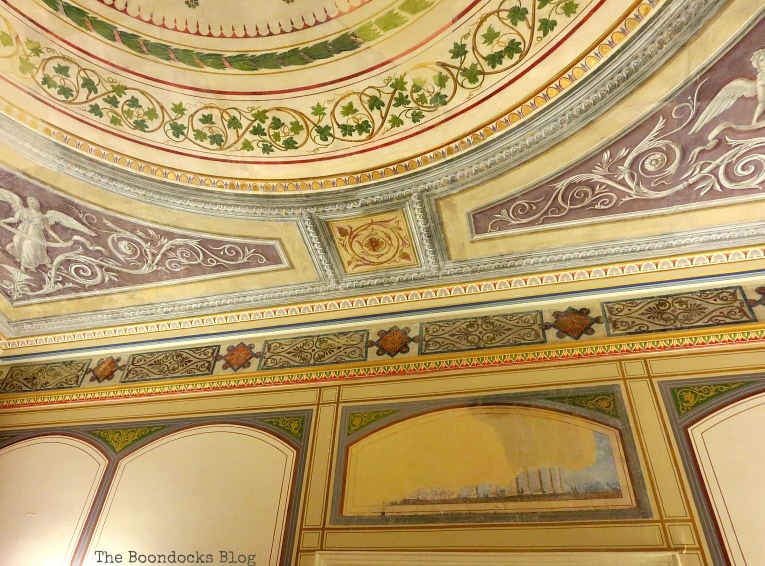 This fresco is above the central doors to one of the rooms. 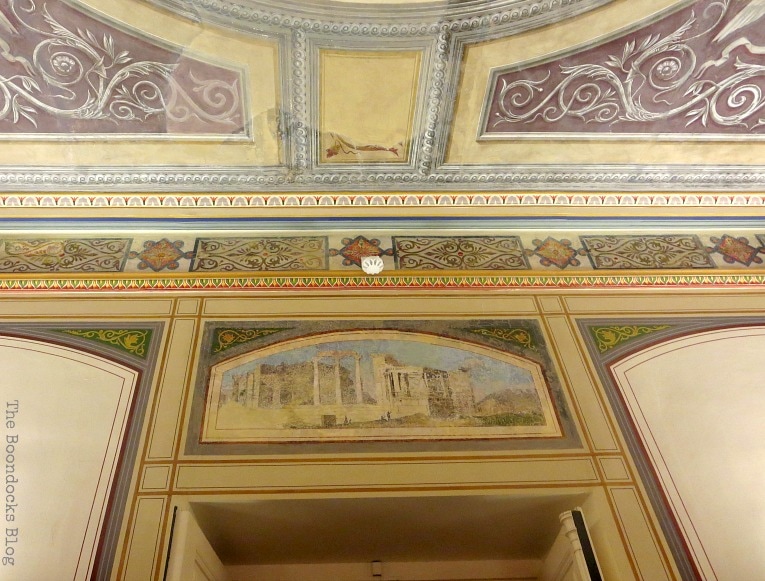 The main room upon entry into the building with massive Doric columns.
​ 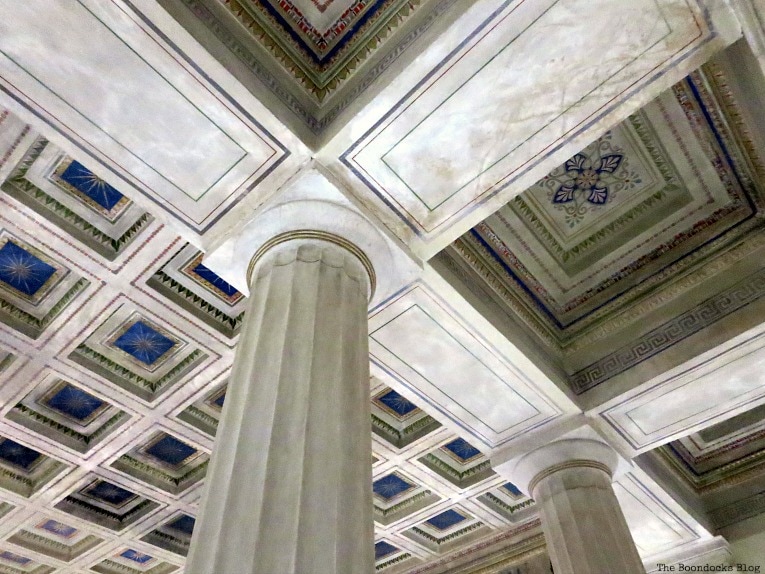 You can see more of this central room when a photo exhibition was held here.
​ 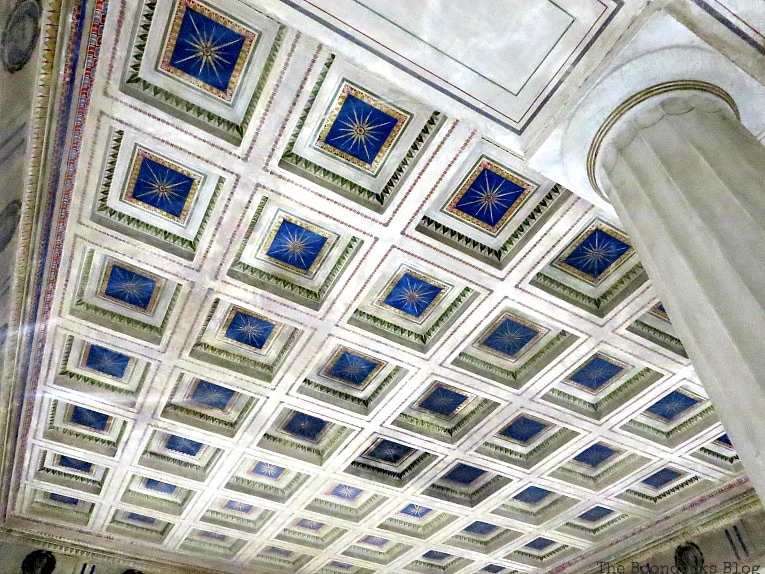 Just thinking about painting these would give me a backache.  But they are gorgeous to look at. 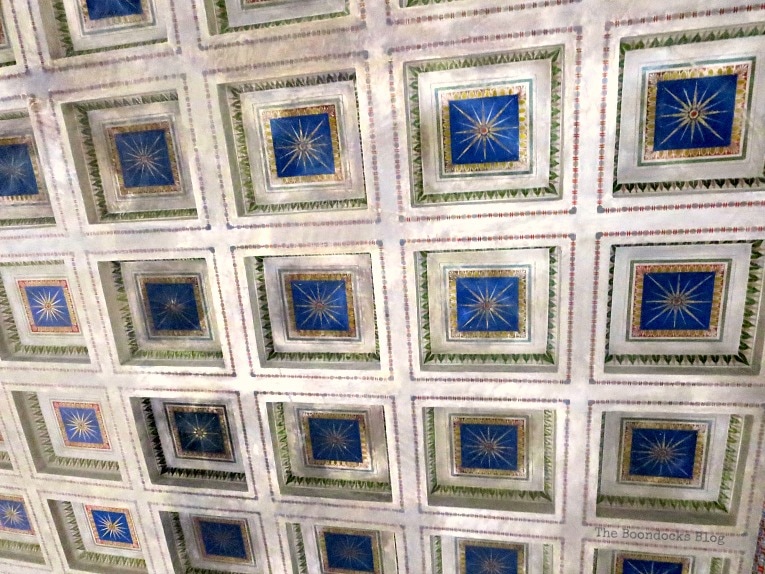 A smaller room on the third floor. It was the only empty room on the evening we visited.
​ 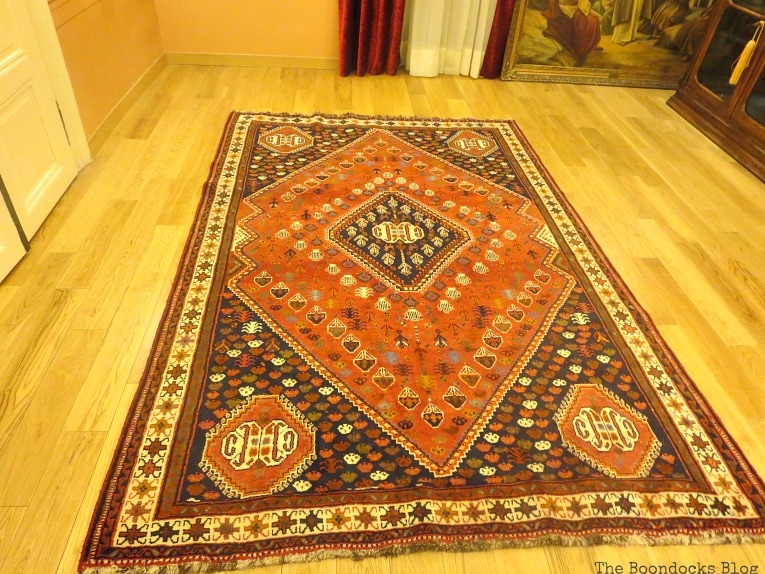 The building was packed with visitors, and so I chose to concentrate on the ceilings and walls. But I did get a small glimpse of some furniture. Although there is very little of the original furnishings.
​​ 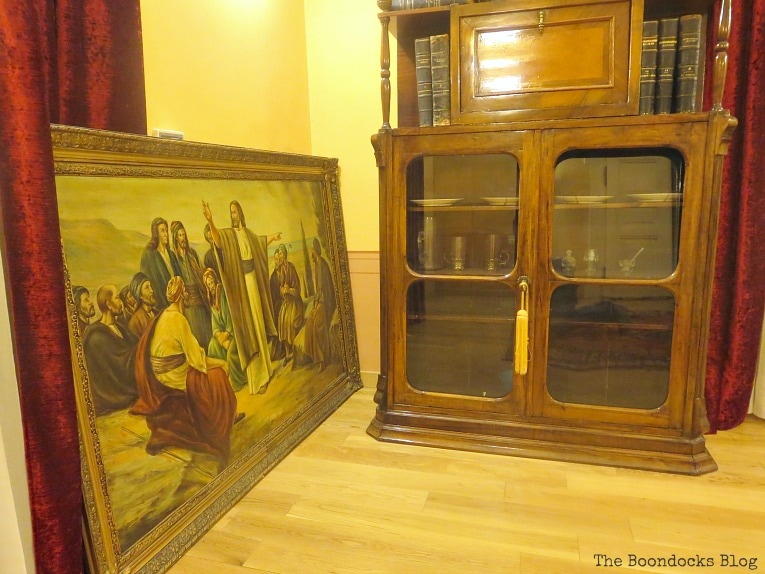 When this mansion was built, it was surrounded by orchards.  Now it is located on the main street.
​ 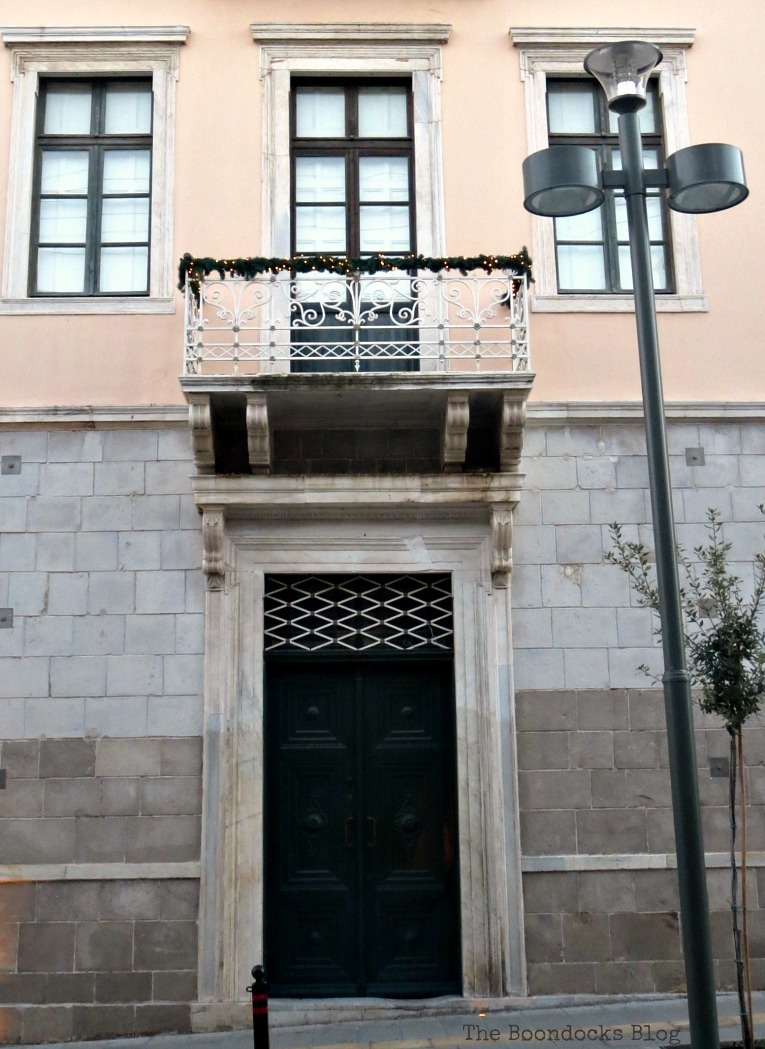 I’ve included a video of an interview with the former mayor.  At intervals  1:50 5:21  9:47  and 10:45 you can see portions of the building.
​
​I hope you have enjoyed this look into a Greek mansion. It is located in the center of my town but it is a rarity even for me. And to think that it was restored just a few years ago.Are there any old mansions in your area?

If you’d like to see more photography go to my photo gallery here.
​ 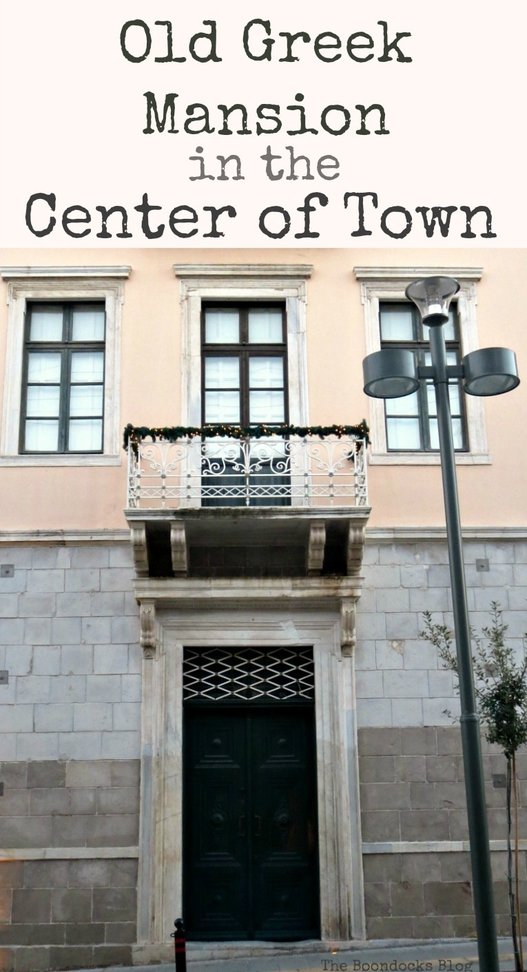 ​If you really like what you see subscribe to my blog and get my adventures twice a week in your mailbox. The form is on the sidebar and your e-mail will never be shared with a third party.

A House Full of Treasures 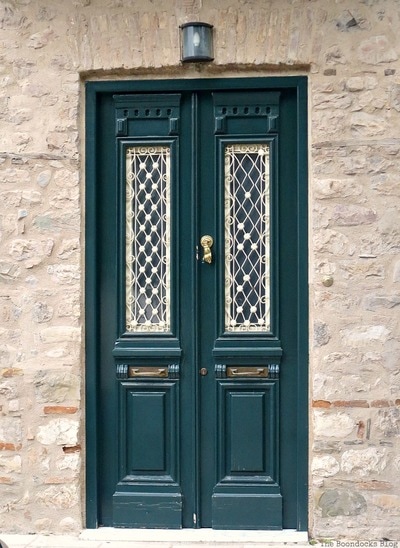 I love it when I get your comments and I will try reply to them or visit you on your blog. ​Please do not add a hyperlink to your comment, otherwise we cannot publish it.

©The Boondocks Blog, 2015-2021. Unauthorized use and/or duplication of this material without express and written permission from this blog’s owners is strictly prohibited. One photo, excerpts and links may be used, provided that full and clear credit is given to TheBoondocksBlog.com with appropriate and specific direction to the original content.